Anyone who knows me will have some idea of my love for all things Roman. I love reading novels based in ancient Rome, I love watching films and TV series based around historical figures of that era, and I love learning more and more about the history of the Roman Empire every time I get the chance to travel to these incredible historical sites.

We knew we’d only get the one day up in Northumberland, so set out to make the most of it. We started off at Chesters Roman Fort for their Chesters Revealed event. We arrived at the site to find one of the drones already in flight, and the beautiful images it was capturing of Chesters from above were being shown on a large screen.

We then took our opportunity to explore the fort, starting with the barracks. 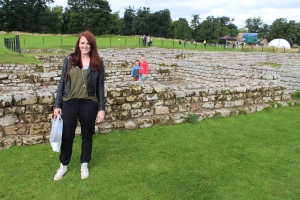 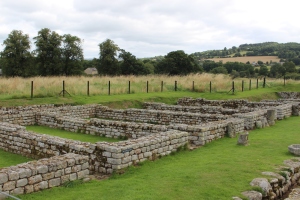 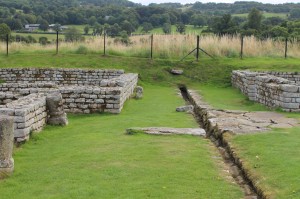 The soldiers would have occupied these rooms, it’s believed about eight men in each with separate quarters for the officers. These buildings were fronted with a columned verandah, across a street from one another, with a central drain.

Next we found the Commanding Officer’s house. 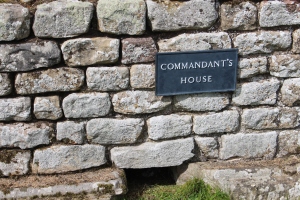 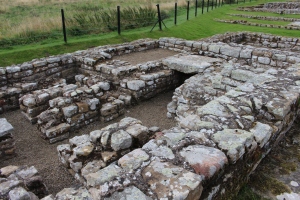 This particular part of the site shows numerous additions and improvements, including under floor heating, and expanding into the site’s original courtyard. It also has it’s own bath block. The rest of the soldiers would have used the fort’s bath-house, which is where we visited next. 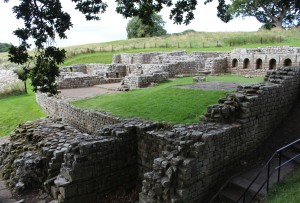 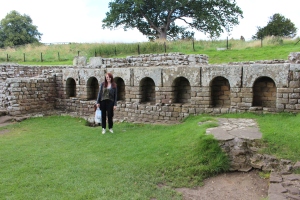 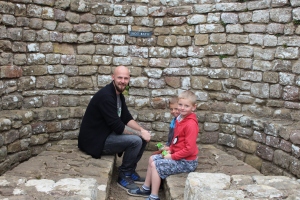 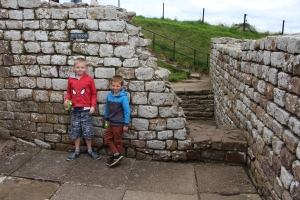 Located outside of the fort to reduce the risk of fire, this is one of the best preserved Roman military bath-houses, and is just wonderful to walk around! Soldiers would have come into the communal changing room, which still has the niches which would have either contained statues, or been used as cupboards for belongings.They would then choose between three treatments, the cold room, the hot dry treatment or the warm steam rooms.

Back at the fort we took a walk around the courtyard, where we met a Victorian archaeologist who wanted some help measuring along the site! 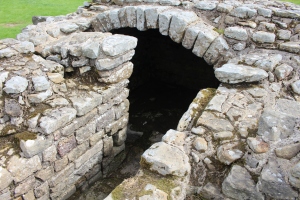 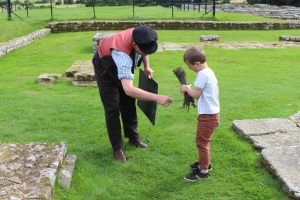 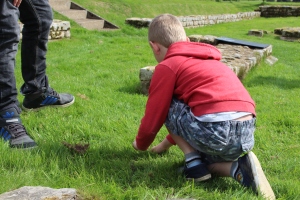 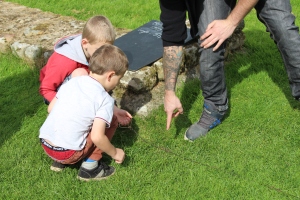 After a look around the museum at Chesters we headed over to Birdoswald for their Big Roman Soldier Event! Italian Roman re-enactment group Legio I Italica were involved with this event. We arrived just before their battle, so quickly found a spot to park our bums and watched the action unfold! The Roman legionaries facing off with the Barbarians of Britain. 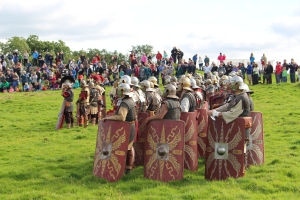 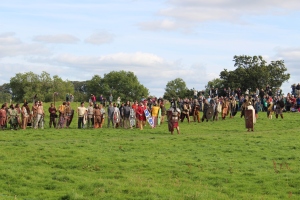 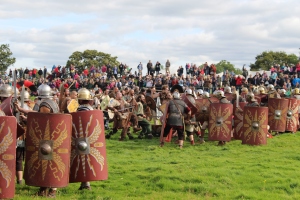 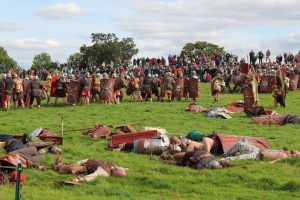 Naturally the Roman’s were victorious, though the Barbarians put up a good fight. The boys were completely enthralled by the whole show, and loved the parade of the soldiers after the battle. 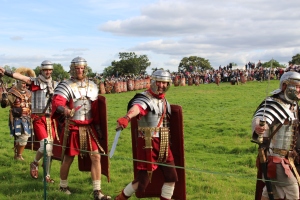 At the site they had a wonderful re-creation of a Roman camp set up. 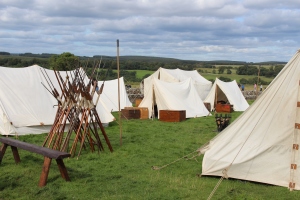 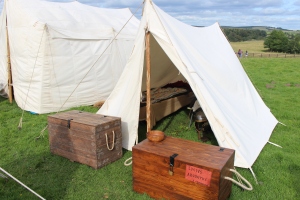 As well as a camp for the Barbarians. 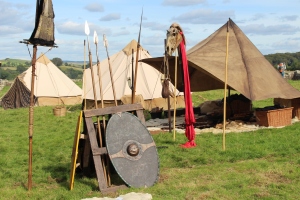 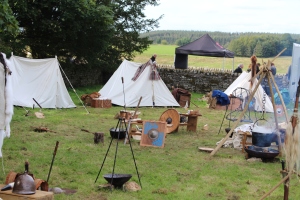 We grabbed a bite to eat at the Twice Brewed Inn before heading to Housteads Roman Fort for their Night Time Patrol to be the finale of our day in Northumberland.

Here we saw the Roman legionaries going about their normal day on the wall, before they decided to send a patrol out north of the wall. 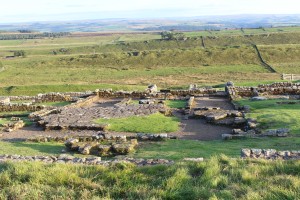 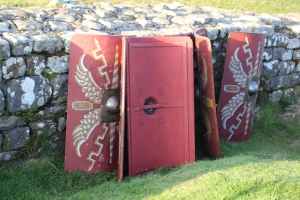 Another battle took place here, but the turnout was so incredible, I wasn’t in a good position to see let alone take photos! Me and my husband had a boy each on our shoulders so they could see all that was happening. The Roman’s had their archers firing weapons from the fort, and some were alight, which in the dusk light looked amazing! 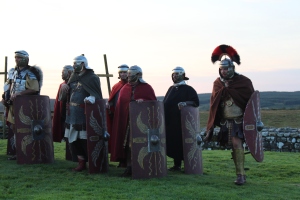 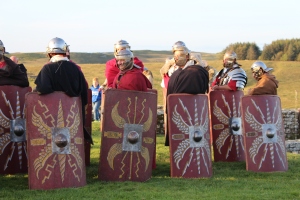 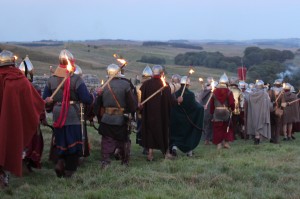 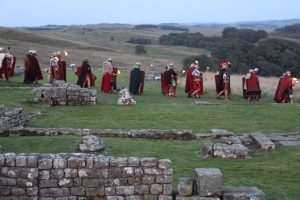 After this last battle was won, the Roman soldiers did one last parade before marching down from the fort singing legionary songs (appropriate for all ages!). They were accompanied by the crowd, but me and family stayed up at the fort a little longer, with some others and watched the lights until they disappeared into the distance, which really did round off the day perfectly. 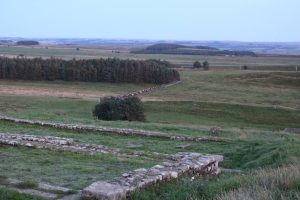 The English Heritage guidebook to Hadrian’s Wall is fantastic, and provided me with all my information about the sites.